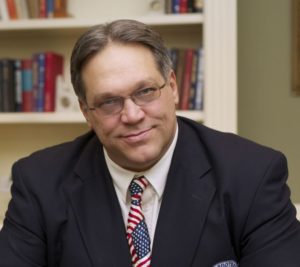 Since this is Thursday night, this isn’t just any GMM. This is an NFLGMM. What does that mean? It means that after the meeting is over our guests are encouraged to stick around for the Thursday night game that features the AFC North leading Pittsburgh Steelers and the AFC South leading Tennessee Titans.  It also means that in addition to networking and watching the game with members and guests of the SSHBA, guests will be able to mingle with Pro Bowl defensive tackle and 1985 Chicago Bear Super Bowl Champion, Steve “Mongo” McMichael, as well as other former Bears and a handful of former NFL players that played college ball at NIU.

Additionally, we will be using this GMM to help collect items for the Orland Township Food Pantry which supplies food and other necessities to residents in need of immediate assistance. Bring a can or two of soup, some boxed Macaroni and Cheese, or a few jars of baby food and help us to ensure that no family goes hungry during the holidays and beyond. A complete list of items the pantry is in need of can be found here.

The cost to attend this exciting event is only $30 and includes food, drinks and the opportunity to have a meet and greet with the players on hand. So come on out and good food, strong drinks, great conversation with your fellow SSHBA members former NFL players, and watch what should be one heck of a football game with some former NFL players while helping some of those who may be down on their luck.[gravityform id=”22″ title=”true” description=”true”]